I switched to windows!

#OMG it really happened. I switched to windows. After some twenty years of personal Mac use, I decided to switch. Now I’m not a complete noob to windows. I had my fair share of windows 98 trouble shooting back in the day. You know, the days where buying a new computer really meant getting a beige box with a DOS floppy, and finding a windows cd and drivers and solving al the problems associated with owning a computer.

But the Mac was a big relief. It just worked. And, in a time where I needed to get actual work done, and I could afford a Mac, it was a very welcome relief. I managed for years to alleviate the price tag by selling after about two years, and getting a very reasonable return. So I went from a 12” MacBook to a 15” and then the black 13”, after which I stayed with the second generation MacBook air for two consecutive units, and eventually landing back at 12” with the 2015 MacBook.

And there it started to lag. As I started to get restless and wanting to update, there was no update available. So I waited, and waited, but a significant update fell short. As I wanted to stay with the small form factor, the 2019 discontinuation of the 12” model was a major disappointment. So, I stuck to my 12” until it started to show problems with charging, battery life and random quirks.

A new Machine was inevitable but witch one? As the departure from the 12” would land me in a category of Macs that was plagued by keyboard issues and were not on par with today’s processing specs, the decision to switch started to loom. There was a sparkle of hope with the introduction of the 16” MacBook pro, but the keyboard and spec update stayed limited to the largest Machine of the bunch.

As being formally trained in the adobe suite, and wanting the full-fledged system integration of outlook exchange for work, going with a Linux distro only was not an option. Though I do plan on going for a dual boot at one point, for now I’ll stick to windows 10. The first week has been pretty painless. 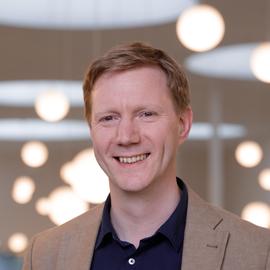